Please ensure Javascript is enabled for purposes of website accessibility
(512) 957-1900 info@soberingcenter.org
Which Comes First: Substance Use or Mental Health Disorders? 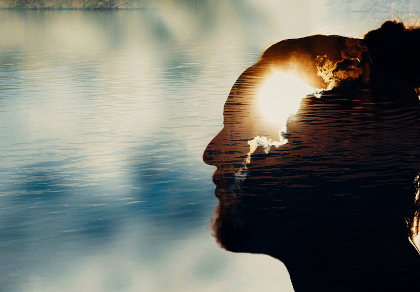 Which Comes First: Substance Use or Mental Health Disorders?

Everyone has heard the saying, “What came first: the chicken or the egg?” However, in this case I wonder, “What came first: Substance Use Disorder or Mental Illness?” Many people develop symptoms of mental distress after using substances because their brain cells become amended and can be more susceptible to developing a mental illness. In contrast, too often, people turn to drugs and alcohol as a way to cope with trauma and day to day struggles.

What is Substance use Disorder? According to the National Institute of Mental Health, “Substance use disorder (SUD) is a mental disorder that affects a person’s brain and behavior, leading to a person’s inability to control their use of substances such as legal or illegal drugs, alcohol, or medications.” Using substances as a way to cope can make addressing life on life’s terms while sober a daunting thought. Oftentimes people use drugs and alcohol as an escape from their current circumstances. The euphoria leads the person to drinking or using on a regular basis, becoming a slippery slope. The abuse of and dependency on alcohol and other drugs can cause damage to relationships, loss of productivity, financial instability, and can lead to other health problems that can be life threatening. Losing emotional and physical support systems as such can cause someone to become depressed and suicidal. It is typical for people to be hard on themselves about the results being produced from their addiction. Making it increasingly important to address SUD before co-occurring behavioral health issues further develop.

On the other hand, people who have mental health problems such as Post Traumatic Stress Disorder (PTSD), depression, anxiety, bipolar disorder, etc. might use drugs or alcohol to cope with the symptoms that come along with these disorders. What is Mental Health? The American Psychiatric Association defines it as “health conditions involving changes in thinking, emotion, or behavior (or a combination of these). Mental illnesses are associated with distress and/or problems functioning in social, work, or family activities.” For example, someone with depression can report feeling “numb” and that the only way they feel anything is through the use of drugs or alcohol. Excessive drug use can lead to unmanageable come downs or hangovers that leave the person feeling even worse than before. Leading them to think that the only remedy to feel better is to use again, and it becomes a dangerous, ongoing cycle. In other instances, for example, people with PTSD have used drugs or alcohol to make the flashbacks or extreme reactions to things in their environment less severe and debilitating. Similarly, someone with anxiety, uses drugs or alcohol in anxiety-provoking situations to make them feel more relaxed. The common misconception that the misuse of drugs and alcohol will remedy the symptoms of a mental illness are considerably hazardous.

Therefore, when we ask ourselves, “what came first: substance use or mental health disorders?” It is simple—both are possible. However, regardless of whether substance use disorder came first or one’s mental illness, it is important to treat the behavioral issues with the right treatment program. Dual Diagnosis programs are available to help and support someone as they address and recover from both conditions.