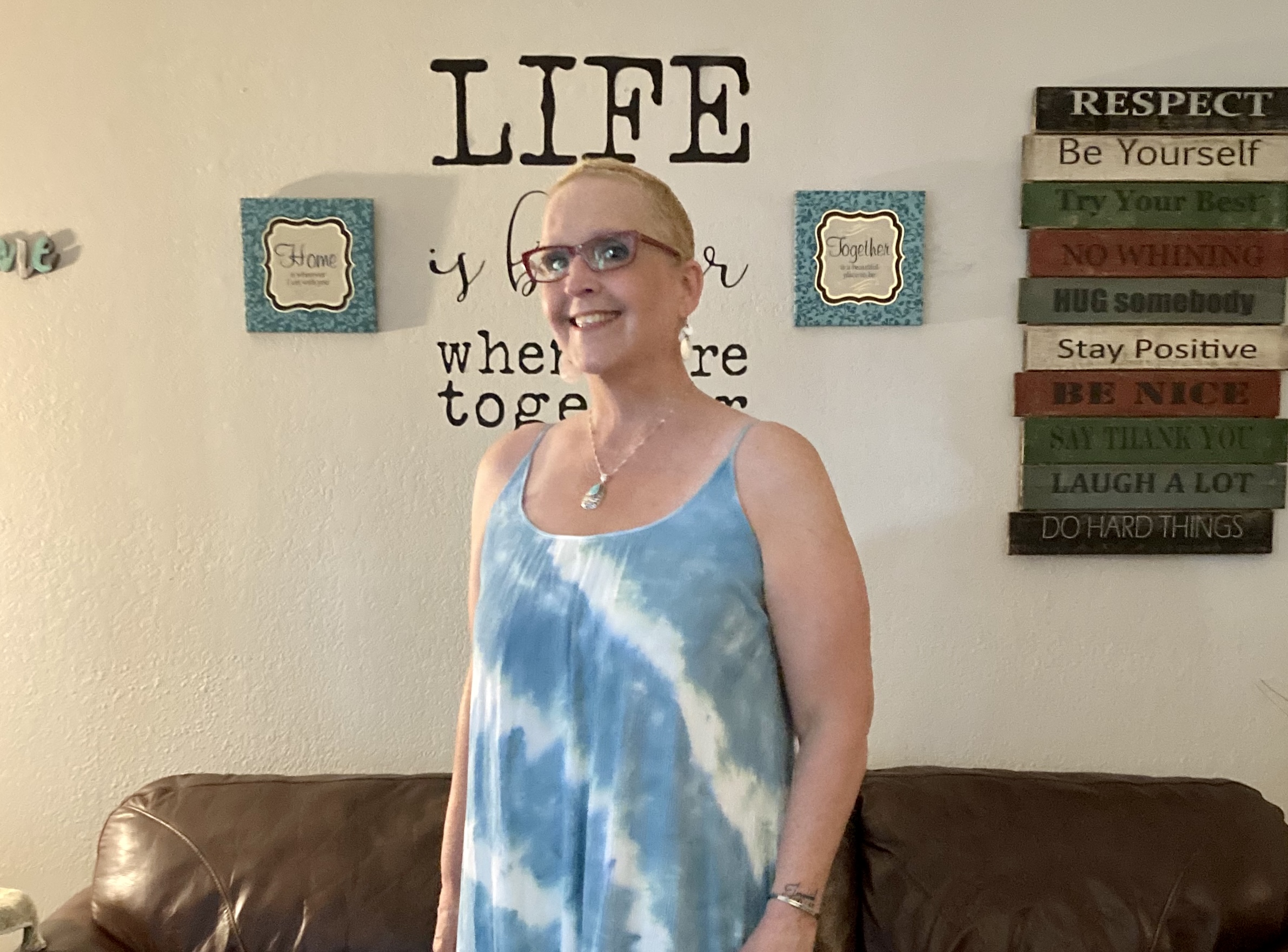 On October 16, 2018, Darcy Donavan woke up not knowing that her life would soon change with the dialing of three numbers and a connection to a nonprofit ready to help people start their journey to sobriety.

On the night Darcy came to the Sobering Center, she was at a motel drinking alcohol and using cocaine with an unknown crowd. Darcy was on a several day bender, too afraid to live and too afraid to die. During that time, Darcy had blown $400 and was living in her car after already losing her house. With nowhere to turn, Darcy called 911 on herself, as many in active addiction do to receive some sort of support. Darcy, a woman whose addiction didn’t take off until her son graduated high school, was planning on wandering the streets of Rundburg until she either got high, fell asleep or found something to do.

Once the responding Austin Police officer made contact with Darcy, he informed her that he could take her to a place called The Sobering Center. “Before I had the blessing of being admitted into the Sobering Center I didn’t know anything about it,” said Darcy. At the Sobering Center, Darcy was able to rest in a safe place and was offered the opportunity to go to treatment. Darcy did not have insurance or the financial means to afford treatment, leaving her to believe that such a resource would be beyond her reach, or so she thought. Going to treatment would mean breaking the cycle of her everyday life that had become centered around drinking alcohol at the expense of everything else. Working with counselors on staff, Darcy was connected to treatment, spent 30 days in Cenikor, and took the suggestion of our counselors to move into a sober living facility. “When I left the Sobering Center, I remember telling the staff, “You have not seen the last of me. The next time you see or hear from me will be the best of me,”’ says Darcy.

Since October 16, 2018 when Darcy was wheeled through the Sobering Center doors, she has maintained her sobriety and remained at her Oxford House. “I am happy to say that I have been sober for 2 years and 8 months,” says Darcy.  During her time in Oxford House, she beat breast cancer, an experience that would break even the strongest of individuals. During her battle with cancer, Darcy was prescribed narcotic painkillers. Skeptical about her own exposure to this substance, with her strong will and support of her housemates, she was able to complete her treatment without misusing them.

“The Sobering Center served as a punctuation mark to my using,” says Darcy. “I owe my sobriety to the staff at the Center for believing in me and helping me take that first step. A lot of people touch our lives, but the staff left me with lifelong gratitude for providing me with the love and support I needed in the darkest time of my life.”